Home » Can we DO anything about Stikeez 2?

Here are some ideas of how you can take action, but you may have even better creative ideas that will put a stop to campaigns like this even being considered again. Let’s make our voice heard! Please share your ideas in the comments.

There has already been a great outcry about the return of Stikeez and their negative impacts on people and planet, featured on social media, news media, blogs and even people being blocked from commenting on the Pick n Pay page! 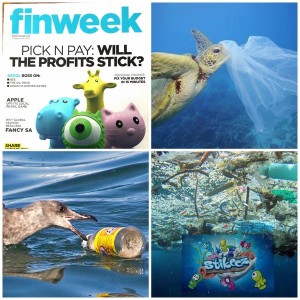 The question is whether Pick n Pay is taking note or if they are just going to stick (ha ha) to their story and continue regardless, they say: “Stikeez is a time-limited, fun campaign with a negligible environmental impact. Importantly, Stikeez are fully recyclable.The waste impact is negligible partly because the number of Stikeez represents a tiny fraction of the total plastic being sent to landfill in South Africa. In fact, we’d have to run this campaign for 150 years – with every single person who has ever got one not keeping or recycling them – just to make up 1% of the current plastic to landfill each year. Pick n Pay has a proven commitment to the environment and sustainability.”

What do you think of their response?

It is exactly the same response they gave a year ago when John Maytham read my Open Letter to Pick n Pay – Withdraw your Stikeez  out on CapeTalk. The logic is alarming. Surely a huge corporate entity like Pick n Pay needs to be held accountable? Can they say one thing and do another just because Stikeez was one of the most successful retail campaigns SA has ever seen (as featured in Finweek). Pick n Pay you need to decide, either you are committed to the environment or you’re not. And if you are then Stikeez are out of the question from an educational, natural resource, local economy and waste perspective. It’s that simple.

I absolutely loved this story from a mom I was chatting to on the weekend… she told her girls that this year they could not get the Stikeez because of all the negative impacts, but they were aghast and felt it was unfair. So she told them if they could find ALL the Stikeez that they got from last year’s campaign then they could get more this time round. Well, they couldn’t find any! And then it sunk in for them. Where have all the Stikeez landed up? My friends have found them on top of Cederberg mountains and in the Sterkfontein Caves… Read why the Two Oceans Aquarium will not endorse the Stikeez campaign due to the impact of plastic on marine life and how a truckload of plastic “leaks” into the ocean every minute.

In their blog they suggest that everyone who is opposed to Stikeez makes their consumer voice heard and speaks out directly to Pick n Pay. Let’s do it and let’s hope they listen this time. I really thought they had listened when we all spoke out the last time and that the Super Animal cards were a positive response to our concerns, I even congratulated them for listening and responding to the power of the consumer voice, read Raise your Consumer Voice – It Works. I was wrong.

So what can we all do now?

There must be even cleverer ideas out there of what we can do that will make Pick n Pay and all other retailers (like Checkers with their Mini Groceries and Spar with their Angry Birds) seriously reconsider these kinds of campaigns again.

Have you got any brilliant ideas? Share them! Let’s take back our power.