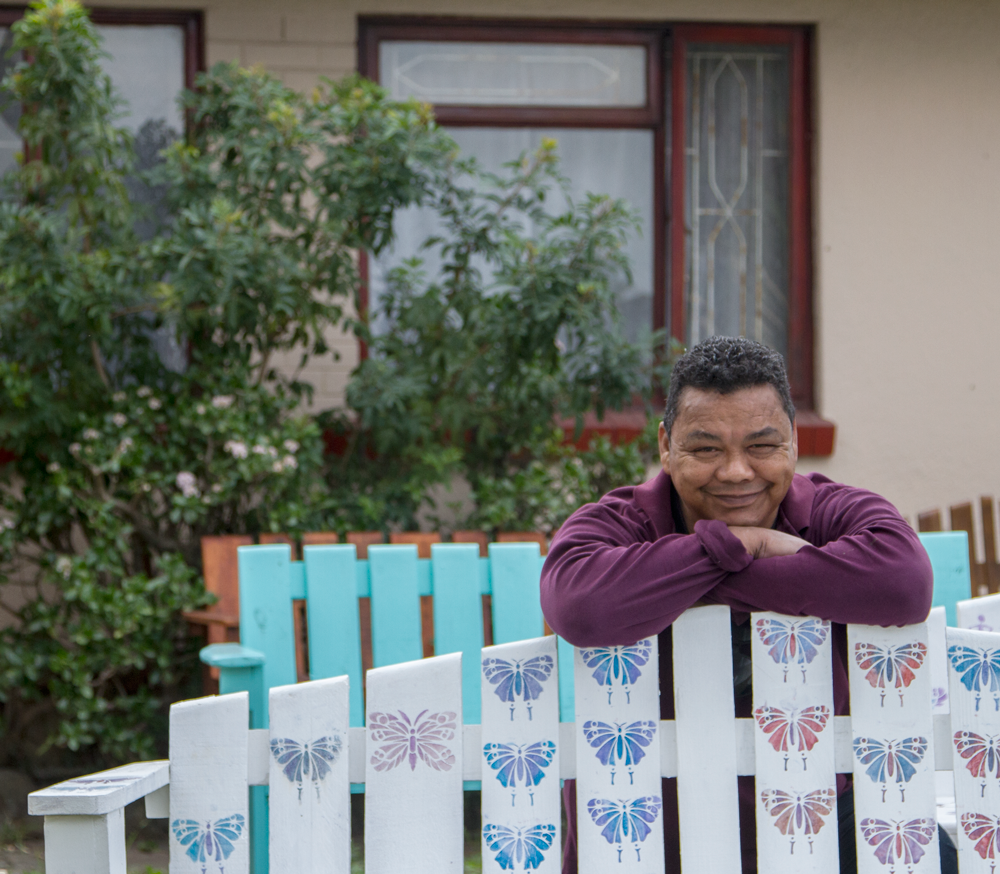 “I was one of the first black firemen in South Africa; I had a great wage, a stunning life. Then, I got introduced to crack cocaine; within a year, I lost everything”. This is how Paul Talliard, founder of Hands of Honour, commenced his story. We were sitting in his temporary office in Ottery, a house offered as a work space; and in a business-like fashion, he closed his Twitter page (not without first retweeting some breaking news). I couldn’t believe what that bright smile and drive could hide; yet, I was ready to listen. I sat on the couch as he turned off his computer; we had each other’s undivided attention.

“I ended up on the street. Then one day I was walking on Muizenberg beach, looking for food; I saw myself hunting in a bin and I decided that I had reached the tipping point; I would turn my life around. The same afternoon I went to chat to the Soup Kitchen management about my intention, and they decided to help me. In two months I was clean. One day, the lady who ran the Kitchen came to me and asked me to address the other guys and inspire them with my story. In a Soup kitchen, men and women are separated; I looked up and there were 150 men in that room, right there, and I found myself standing in front of who I used to be. I told them “Everybody who wants to change their lives stay behind today and we’ll have a little chat.” Only eight men stayed, but it was a great chance to connect. We started meeting every week, and in a short time the number grew to 50 men, who were committed to getting off the street. We worked on a little project together – fixing a widow’s home, and then I decided to register us as an NPO, Hands of Honour.

I had hands, but I needed to find some work to keep those hands busy, to avoid them getting back on the street.” Paul looked around the room, and then back at me, smiling, and  said

“It’s like getting dressed for a party, with no party to go to”.

I will remember this analogy forever, as sometimes we find ourselves in situations where we don’t know whether we’re getting up for success, or disaster.

Hands of Honour’s Constitution states that the “Hands” need to give back to the community for every paid project accomplished. “I was introduced to the concept of social enterprise. I started attending courses and applying for grants and, believe it or not, things started happening.”

One day, Paul received a phone call from a corporate, which donated 500 Christmas trees that would have otherwise ended up in a landfill. “We sold those Christmas trees at markets, and we made a profit of R8000. One Saturday morning, I took half of our profit, got t-shirts and brushes for my guys with the plan to paint a school in Steenberg which had not been painted in years. When my 60 guys pitched up, I couldn’t believe my eyes.” This is how Hands of Honour’s up-cycling formula took off. The NPO establishes relationships with the corporate sector, which donates its obsolete stock. Hands of Honour up-cycles the stock into value; 50% sale provide salaries for the “Hands”, while the other half is used for projects to turn negative spaces into positive ones that benefit the community.  To this day, Paul and his Hands have handled many big projects, from turning a Drug Den into a Community factory that makes school uniforms, upgrading an early literacy centre for rural children to regular community clean-ups and the latest Book Nook. These community-driven projects lead to a drastic drop in crime rates in the area “This happens when communities take ownership of the projects in the area”, Paul says. 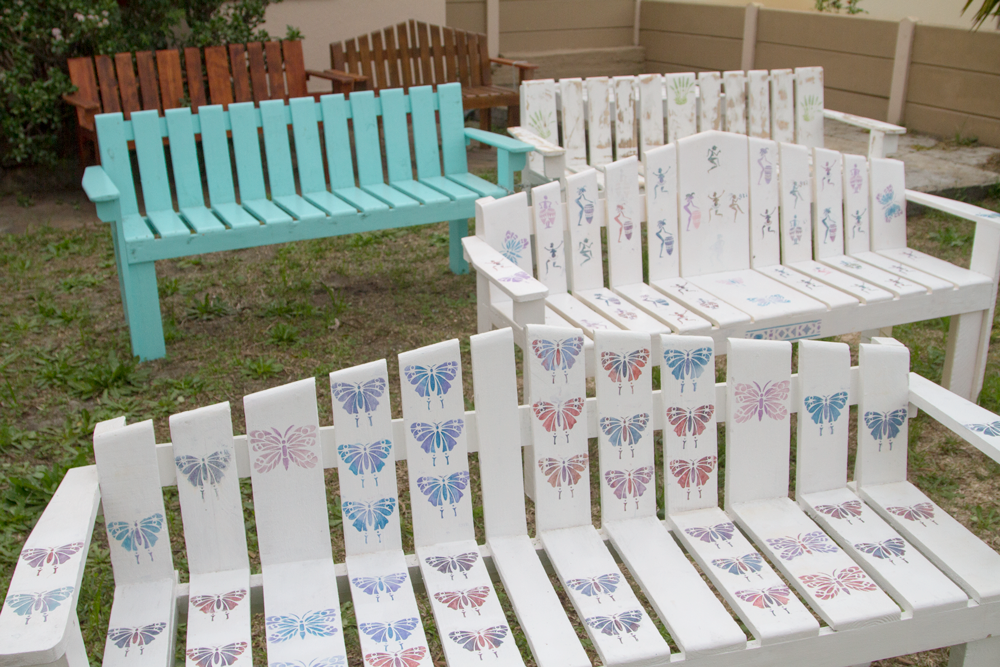 Hands of Honour also addresses a social problem found in Soup Kitchens; unemployment and social grants create a generational issue, ingrained in the social texture with heavy reliance on handouts. “I see whole generations coming through the Kitchen, when nobody should grow up in one”, Paul tells me, in a concerned tone.

While the social welfare policy in South Africa is formulated on the principles and needs of empowering individuals and closing the poverty gap, there is an active discussion to determine the extent to which these measures reap sustainable effects or just perpetuate what is called ‘welfare dependency’.

Addressing social and economic marginalization is not an easy task. With the unemployment rate swinging between 25% and 36,1% (with the latter including people who have stopped looking for work) (Reuters, July 2015), and one quarter of the population currently receiving grants, Paul’s words brought home a special kind of awareness. I am not against grants, but social assistance alone cannot be intended to work miracles – what is desperately needed are measures to bring down the marginalization of the “unemployable” while triggering economic inclusion, skill development and training; only then we can look at poverty reduction and empowerment as measurable, real goals. Otherwise we’re setting ourselves up for disaster.

Hands of Honour sets out to solve the issue with a Job Training Programme that provides skills and confidence to those members of society who have ‘checked out’, that have stopped trying. “I tell my guys that they can’t depend on anybody, nobody owes them anything; they have to work to make a living; by doing that they build confidence and function like positive role models for their families”.

Our time together was almost up, and I couldn’t stop thinking about the ripple effect Paul himself had created, in his life, in the lives of men considered unemployable, his guys, and their communities. It seemed like a rhetoric question, but I had to ask him what drives him.

“My passion is to see what I see now; one of my guys pulling into the Soup Kitchen, not to eat a meal, but to be inspirational to other people. I was 46 when I walked into a Soup Kitchen, and I had a second chance; I want everybody to have one too. “

Before leaving, he added

“When you reach out to others, you find yourself healing and your success growing. As you bring hope to other people, something inside you changes too. Give to receive and you will see that what you reap is magical indeed.”

The special kind of awareness Paul made me picture over our long chat belongs to all those people who, like me, have been lucky enough to never worry about their next meal, a bed to sleep on, what clothes to wear, or even a hug. However, I have committed to be aware of my daily actions, and the little or big impact I can make, even when shopping for a wooden bench, or a reading nook. While we are waiting for the social assistance framework and policy to up their game in the far away Government rooms, there is so much we can do, as a groundswell movement. I left Paul’s office with a great “awareness-in-action” mindset. 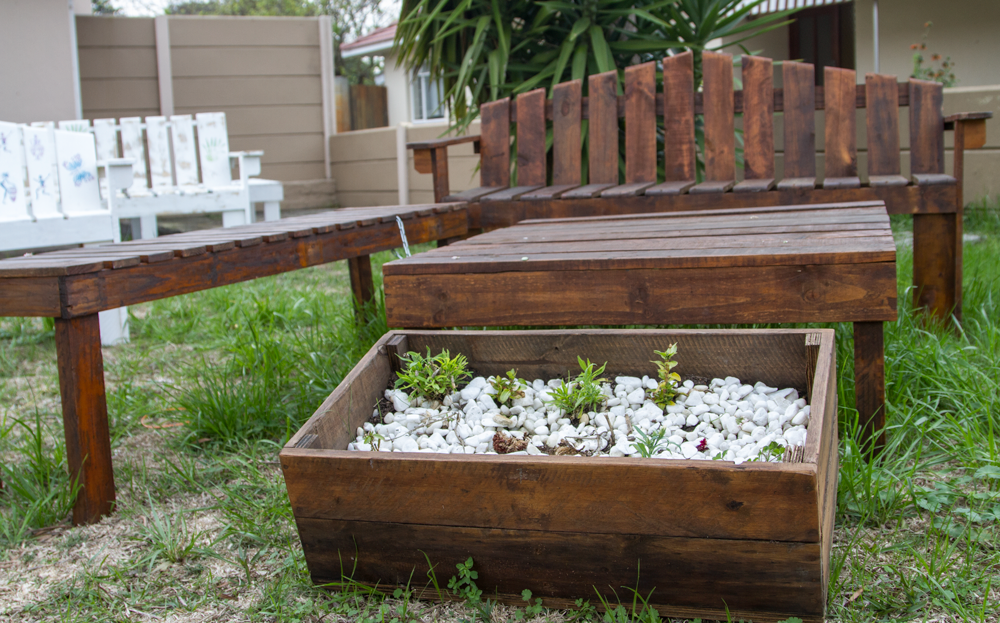 If you have donations that these Honourable Hands can turn into value, please get in touch with Paul. Check out their Eco Atlas page and look at their growing range of products, before going on your online shopping portal.