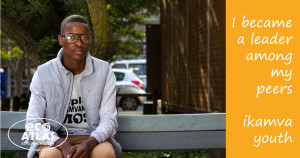 The idea for iKamvaYouth was born in 2003 by Makhosi Gogwana and Joy Olivier, back then two young researchers, who collectively noticed the massive problems facing matriculants in disadvantaged areas, particularly in the subjects of Mathematics and Science. Makhosi and Joy noticed how students, with the help of tutors, are able to gain an upper hand, by opening new doors allowing more opportunities to further their studies after they have matriculated.

As reported on the IkamvaYouth website, 1.3 million learners start school every year in South Africa, but less than half will ever matriculate. The difficult socio-economic inequalities reflect on a dark trend, with black learners continuously underperforming, particularly in the subjects of Maths and Sciences. This backdrop puts them at much greater risk of enlarging an already concerning unemployment rate. Access to South Africa’s universities is limited to less than 10% of youth, and very few of those come from township schools.

IkamvaYouth is addressing this legacy of inequality by enabling township youth to improve their academic performance and access post-school opportunities that set them on the path to earning a dignified living.

On a chilly morning Clotilde and I met with three of IkamvaYouth’s tutors, (iKamvanites as they are referred to) during a break form the winter school program that IkamvaYouth was hosting at the University of the Western Cape in Belville. Being on a complete volunteer basis, we were interested to find out the tutors perspective of the programme.

IkamvaYouth is primarily a tutoring organisation, where tutors volunteer their time and knowledge. Learners are taught to think for themselves, and practice reading, understanding, writing/calculating, and speaking. The model is based on learners taking responsibility for their own studies, identifying the aspects of their work with which they need help, and ensuring that they seek support to fill in the self identified gaps in their knowledge/understanding. 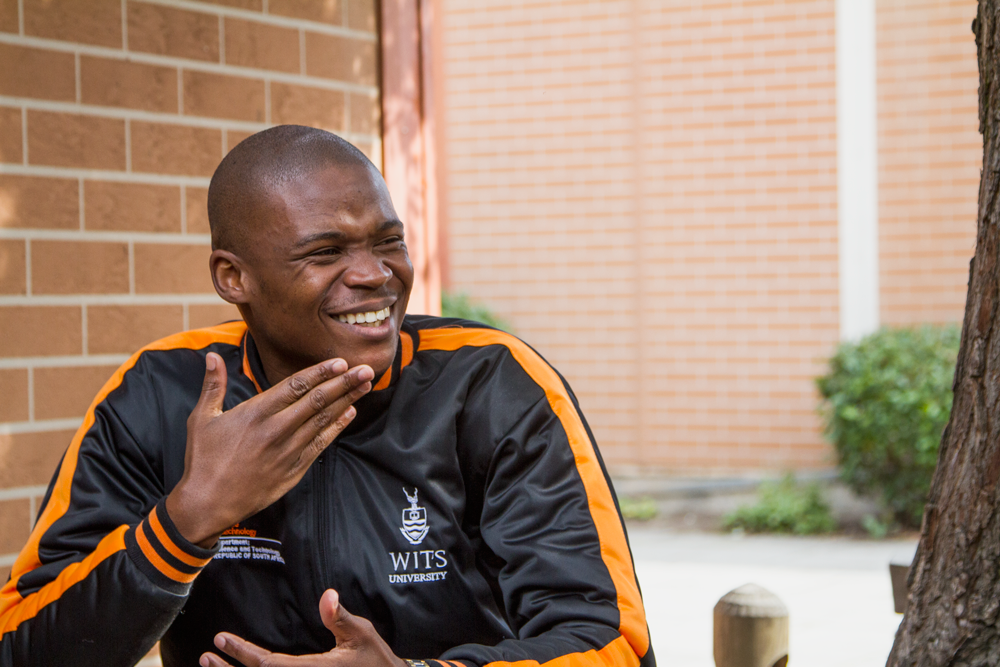 “Waking up early in the cold and dark every morning before coming to winter school is well worth the effort and time it takes, as I am able to help young learners who are also enduring the same every morning to be there and further themselves. It’s inspiring to provide to younger students a positive role model they can look up to”, Lunga says, smiling. 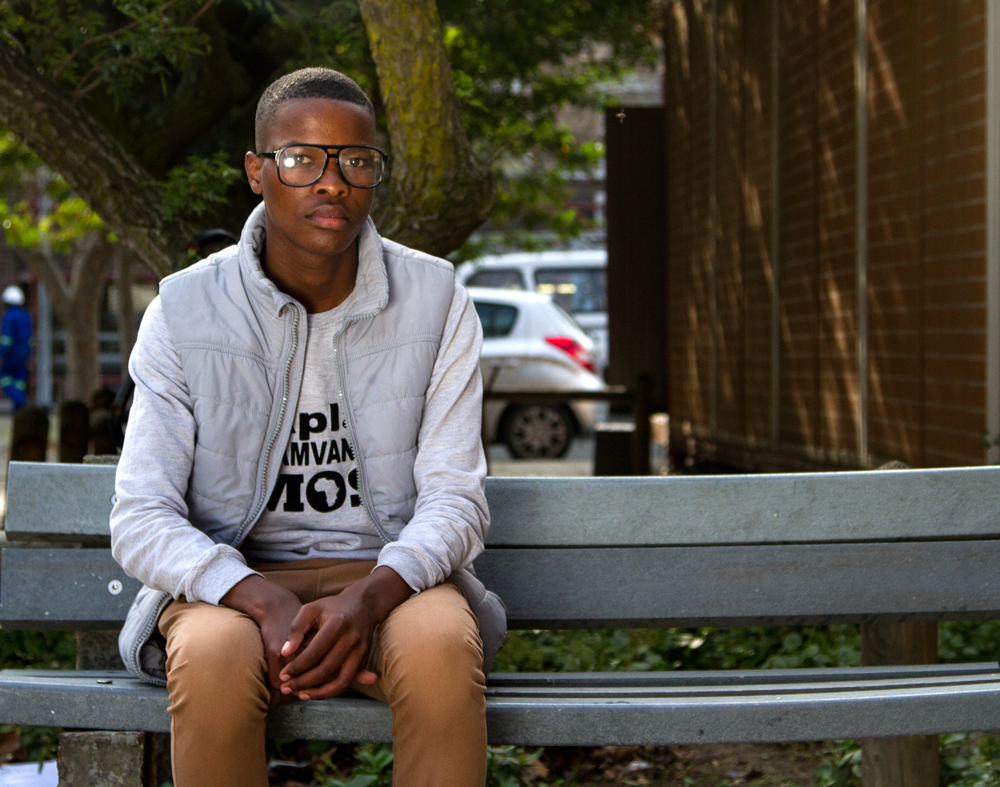 Aphiwe Sobutyu became an iKamvanite in 2010 whilst he was still a learner in Grade 10; the program helped propel him to the top of his class at school, whilst showing him different vocations like camping and going to the aquarium.

“I became a leader amongst my peers; my friends started asking me for help with their academic problems all the time” he joyously admitted

In 2012 IkamvaYouth was able to provide Aphiwe with application fees for University. He tells us about the self-discovery that the process generated by Ikamva brought about within himself, generating self-confidence in his abilities.

“Through IkamvaYouth, I have seen abilities and traits in myself that I did not know I had.”

Aphiwe is currently studying Public Management and in the future wishes to work in the government. What makes you do what you do, we asked? “I live through the adage that if you fall, pick yourself up and shake off that dust and keep on going, and you can conquer the world.” 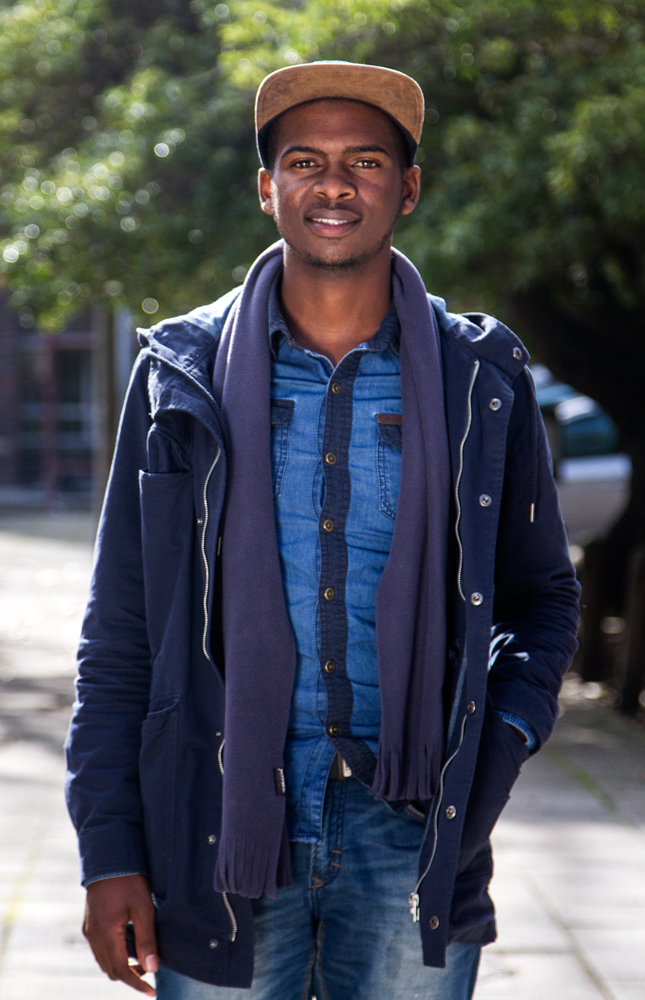 Thando Nomfazi joined IkamvaYouth in Grade 10, wanting to learn more and add solutions to what he had learnt at school; “within the first 6 months from joining, I saw a massive improvement both in my school work and attitude. In Grade 11 I even received a Bursary”. A charismatic role model, Thando tells us, “Being part of IkamvaYouth has taught me how to be patient and how to be comfortable with myself”. He added that

“ I think mentoring students form high schools, even if it is only a few students you can make a big difference in South Africa as a whole, because those that you have mentored will grow with the right attitude and transfer it to the next generation, and will grow and change our country.”

Thando is now studying Civil Engineering and one day hopes to be a project manager.

All three of the tutors were filled with an immense amount of pride at being able to pass on their knowledge attitude and spirit on to the younger students helping instill a sense of pride and passion in themselves and their future.

IkamvaYouth currently has branches in Ivory Park in Gauteng, the greater Cato Manor area and Molweni in KwaZulu-Natal and in Khayelitsha, Nyanga and Masiphumelele in the Western Cape. A new star is about to be added to the Western Cape, with a new branch that will soon be opening in Atlantis, in partnership with GreenCape. 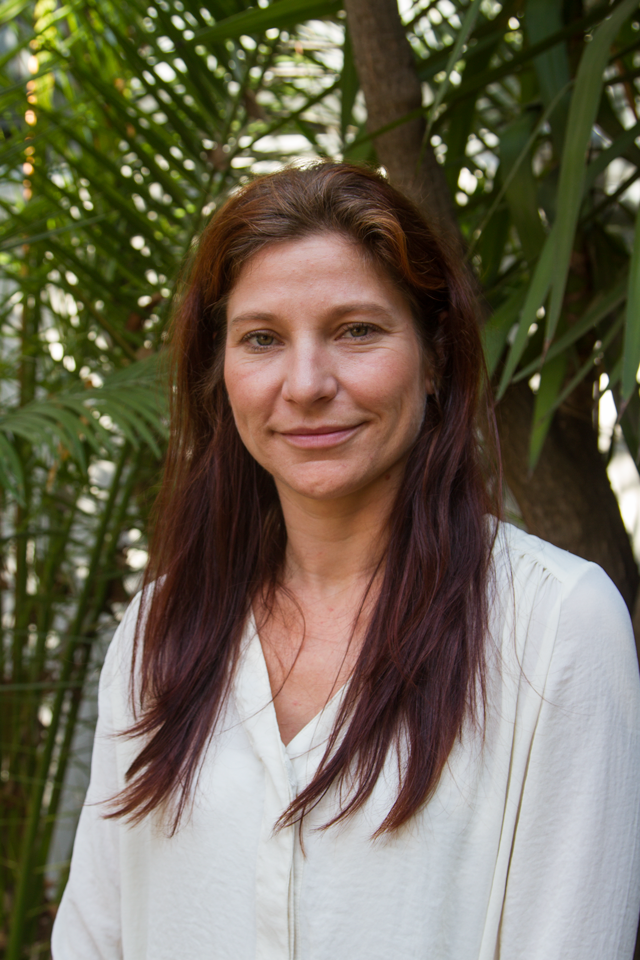 Ursula Wellmann, Skills Practitioner at GreenCape, uncovered some of the details, in conversation with Eco Atlas. The branch will start off focusing on Grade 10 and 11 kids, who will attend tutoring sessions twice every week and on Saturdays, hosted at Proteus Technical High School in Atlantis. IkamvaYouth will also be providing mentoring and support for Grade 12 learners to help with career advice and applications to tertiary institutions. Ursula’s work is very focused on the development of Atlantis; when we asked her how the partnership came about, she tells us:

“IkamvaYouth’s 13 year proven track record speaks for itself; that this programme, ‘for youth by youth’ delivers astounding results and makes many dreams a reality.”

Atlantis is in very good hands, and the future of our youth is looking bright and strong.’

For more information and how you can support iKamva Youth visit their website.