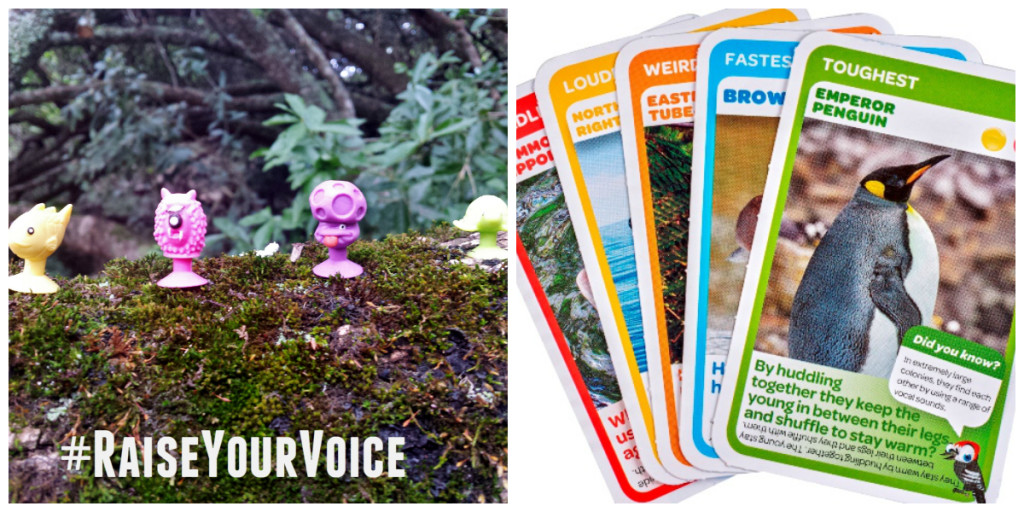 I have had so many queries as to whether I am in any way involved with the new Pick n Pay marketing campaign called Super Animals because of the open letter I wrote to them last year asking them to withdraw their plastic Stikeez. I’m not connected to their new campaign, but it appears they listened to my letter…In it I said that if they insisted on marketing through children (which I still don’t agree with) they should rather do something educational and inspirational that would not have a negative impact on the Earth (like all those little pieces of plastic that have become a forgotten craze and are diabolical for our ocean life and landfills),

“If you insist on giving away free stuff, what if, instead of Stikeez, you gave away educational collectable cards (printed locally on recycled paper!) with eco super hero characters who had the power to grow things, invent things, solve things, entrepreneur things? Children will gain the same joy of swopping, trading and collecting, but with learning and purpose behind it. We are in desperate need of inspired custodians.”

A friend of mine even found a Stikeez on TOP of a not much climbed mountain in the Cedarberg! Where else have they landed up?… The point here, though, is that we must not forget our power as consumers and if you have something to say, something you believe needs to change for the benefit of people and planet, then say it! You will be heard… write that letter, post on social media, ask questions at the businesses you support, raise your voice for those who can’t raise their’s. It works. And we need to keep asking ourselves throughout the day,

“Are the choices I’m making having a positive impact on people and planet?”

and if not we use our consumer power to make sure they are!

Remember to use Eco Atlas to find and recommend places that have sound empowerment and eco practices and vote with your wallet. 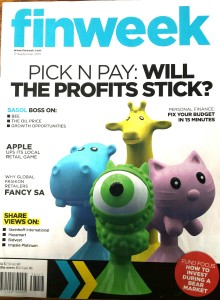 Here is the letter that was posted on Facebook on 25 August 2015 and shared hundreds of times, it was featured in Finweek and on 567 CapeTalk Radio.

Together we were finalists for the respected Mail & Guardian ‘Greening The Future’ Awards last month and while we were not in the same category the ethos of innovation for a sustainable, viable and thriving future was something we all had in common. Or so I thought. Warning bells should have rung for me when during your video clip at the gala evening, which outlined your laudable project of educating the educators with practical teaching tools on rhino conservation, hundreds, if not thousands, of balloons were released into the air….

And so, I have a few questions for you Pick ‘n Pay. In terms of educating children on the workings of Earth’s closed loop systems (in which wildlife conservation is just one facet), how would you explain where all those balloons are going? And equally as important, where they come from? China perhaps? And where is most of the poached rhino horn going? China perhaps? Which brings me to the ease with which you release Stikeez on the children of SA. On one level it is a base marketing strategy which targets children’s obvious love of colourful new things and encourages parents to make sure they not only shop more at Pick ‘n Pay, but shop in increments of R150! Luckily my children are still oblivious to the craze and yet they have come into contact with Stikeez and my eight year old daughter can be quoted as saying “Mommy, I want to go to Pick ‘n Pay lots of times” and we don’t even shop at Pick ‘n Pay!

But clever and conniving marketing strategies aside, the real question here is whether we really need tiny bits of plastic made in China and individually wrapped in even more plastic, sprayed willy nilly, for free nogal, on the populace and landscape of SA. Where are all those bits of colorful plastic going to land up, in turtles tummies, over full landfills and on high tide marks? Because if this is Pick ‘n Pay’s best attempt at greening the future then I have grave concerns for the challenges and crises we face, we need creative solutions to climate change, job creation, energy needs, biodiversity conservation and cradle to cradle innovations which do away with the concept of waste.

If you insist on giving away free stuff, what if, instead of Stikeez, you gave away educational collectable cards (printed locally on recycled paper!) with eco super hero characters who had the power to grow things, invent things, solve things, entrepreneur things? Children will gain the same joy of swopping, trading and collecting, but with learning and purpose behind it. We are in desperate need of inspired custodians.

Ultimately, though, there is no such thing as free and our living systems will pay the full price for your Stikeez folly. Please Pick ‘n Pay, don’t insult us by dangling cute and colourful animated things in our faces to encourage us to pour more money into your centralised coffers, because we WILL rise to the bait, and you know it. Rather focus your energy on building a future beautiful. It’s your responsibility, it’s my responsibility, it’s our responsibility.

One thought on “Raise Your Consumer Voice – It Works”